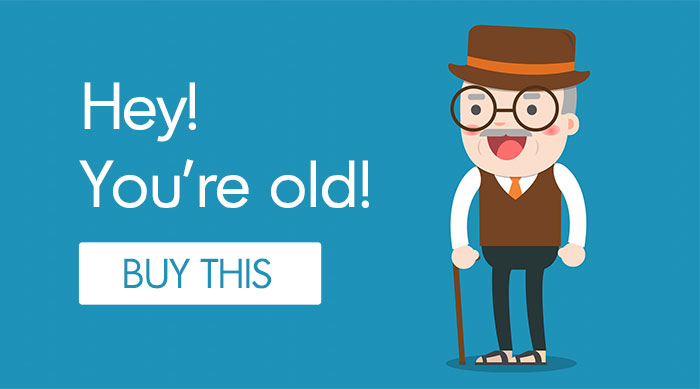 A couple months ago, I was an innocent woman in my 40s, minding my own business, setting my Pandora to shuffle Joni Mitchell, Patty Griffin and Ricky Lee Jones, as a woman in her 40s is wont to do. And I got an ad served to me. It was definitely targeted at the right demographic, but still. It smarted: 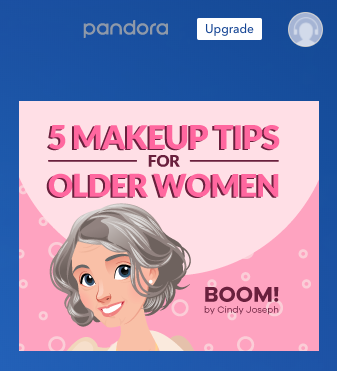 I sent it to Katie Gosline, our Digital Manager, with a note saying, “Targeted advertising is such a good idea…right up until IT’S TOTALLY NOT.”

Initially, I thought it was my music preferences that tipped Pandora off, but then I realized that it was probably served up by Google or another third party, who probably knows exactly how old I am. Am I an “older woman?” Sure. I’m older than a lot of women and younger than some. Do I want to be reminded of that? Not especially.

Remember that in advertising, we’re marketing to who people think they are, not who they actually are. Yes, I’m…older. But I still feel like I’m about 28. So how could that ad have left me less wounded and more likely to click?

“Older” has a negative connotation. “Mature?” Not as much. “Women of a certain age” has a little bit of a tongue-in-cheek quality. Those words would’ve stung significantly less, and if they’d hit on just the right one—the one that made me believe they empathized with my situation instead of sympathized with it (“Aw, you poor thing…you’re, like, ancient!”)—I might’ve clicked.

It’s a really difficult line to decipher: how do you target people in a demographic they kinda wish they didn’t belong in?

For a few years, I’ve been getting OurTime ads on Facebook. OurTime is a dating site for the “over 50” set.

Facebook had my exact birthday, so they should’ve known not to serve me an ad targeted at people older than me.

When you meet someone face-to-face, it’s a good idea to flatter them a little to make a good impression. The digital world is no different. So if you’re going to skew the age on an ad, skew younger, not older. Because even if those images of 50+ singles looks exactly like me, I don’t think they do. 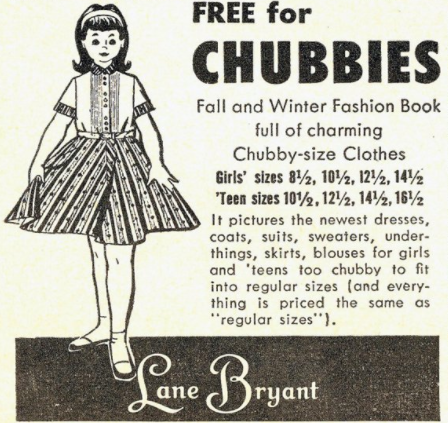 In 2013, The Atlantic published a story about a study conducted by a company called PHD, wherein they discovered the times of day and days of the week when women felt their worst. A press release from the company encouraged beauty marketers to “…concentrate media during prime vulnerability moments” for these audiences to sell more products.

Or, YOU COULD ALSO NOT DO THAT.

The thing about targeted marketing is that it’s powerful. You can reach people at very specific times, and oftentimes right at the exact spot in the sales funnel you want to reach them. But as we all learned from Spiderman (also, apparently, Voltaire, but let’s be honest—more of us have read Spiderman), with great power, comes great responsibility.

There’s no reason to approach someone when they’re feeling unattractive, or attempt to make them feel worse about themselves so your product can make them feel better. We can use this technology responsibly and make sure that when people think of your product, they think of something that makes them feel good.

So just imagine, as you’re creating your digital ads, what you’d like to see, and how you’d like to feel if you were the target audience. And make that ad.